From Dubai, I flew to Mumbai, India where Sensei Mistry had invited me to teach at the Indian national gasshuku. I was very surprised that he had booked a room for me at the world famous Taj Mahal Palace! It was by far the best hotel I have ever stayed. I admired the beautiful architecture, and their service is second to none. When I walked into the hotel with Sensei Mistry, all the security staff came to Sensei Mistry, bowed, and shook his hand. He told me that he had been a martial arts instructor for the hotel security staff. Sensei Mistry is the first person who learned karate in Japan and brought it back to India. In India, he is known as the “Father of Karate in India”. The gasshuku was well attended, and members in India are very friendly and respectful. Thank you Sensei Mistry, Sensei Zeenat, Sensei DB, and all members of IOGKF India for your great hospitality. 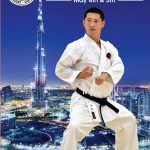 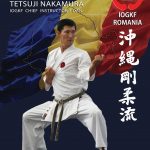