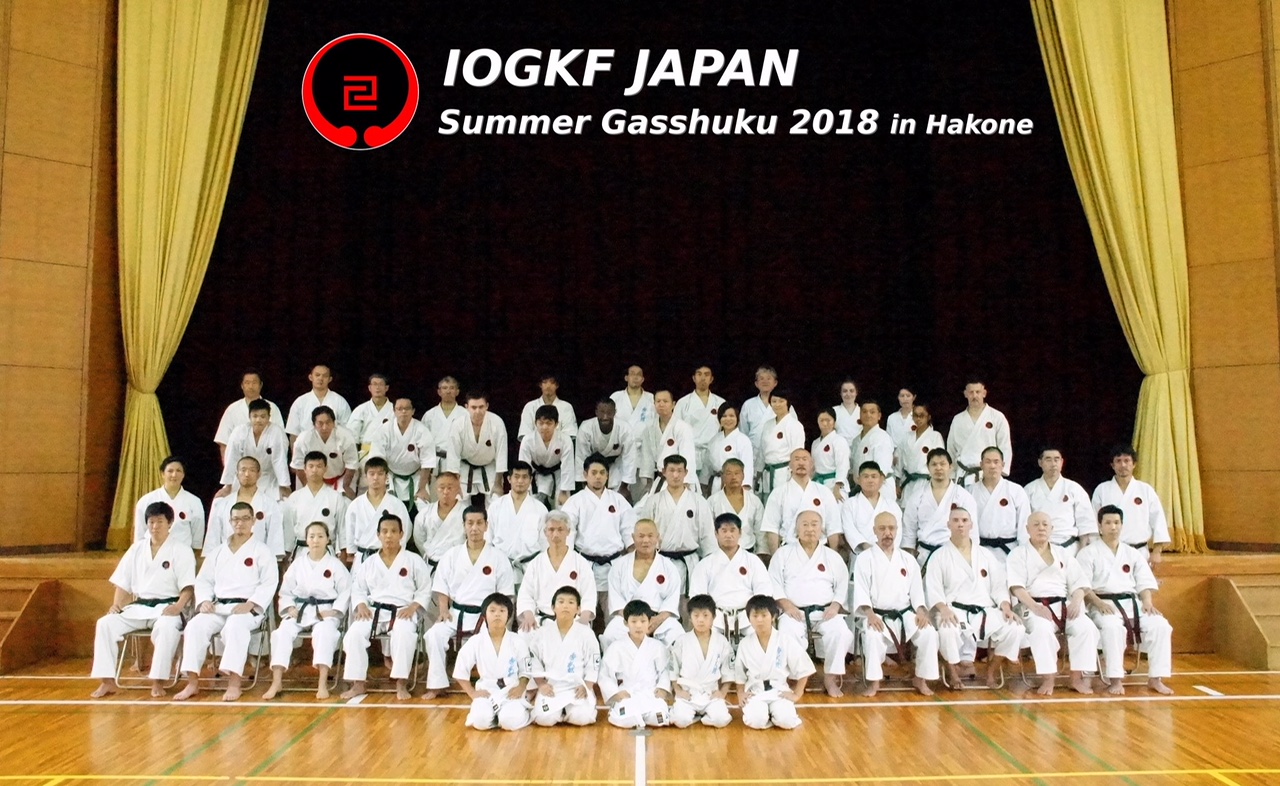 I attended the IOGKF Japan Summer Gasshuku in Hakone, Japan, from September 15th to the 17th. About 70 people attended the Gasshuku. We practiced Kata and Basics together under the masters, Sensei Terauchi, Sensei Yamashiro, and Sensei Kuramoto.

The Gasshuku was organized by Yokohama Ryureikan dojo. They organized the event so well. Everything was just wonderful. I trained in a group consisting of brown belts to 3rd dans. I was training with higher level Sensei and Senpai, and I learned many details during training. Some parts were not easy for me because I was at a lower level within the group, especially when we did black belt katas. But I learned new things watching their Kata, too. It was a great opportunity for me to open my eyes toward the future.

During Kata practice I learned five important things from Sensei Yamashiro, 8th Dan from Okinawa:
1. Focus on breathing
2. Focus on posture
3. Focus on calming your mind and heart
4. Little pauses between Kata movements, called “Ma,” are very important
5. Don’t move the axis of your body. (Maintain good posture and balance.)

I will remember what I learned during the Gasshuku and I will keep training hard. It was a great chance to meet a lot of people who train Okinawan Goju-ryu Karate in Japan as well.

There was an “Onsen” (hot spring) at the hotel we stayed and trained karate at, so it was very nice to go to the Onsen and relax after the hard training sessions.

At the Japan Gasshuku we trained in a traditional Japanese style. We trained together, ate together (and drank together) and slept together. (Of course men’s rooms and ladies’ rooms were separate.) I had so much fun with the ladies who were in the same room. I had four roommates. We reviewed the lessons and chatted together for a long time.
I also went sightseeing around the Mt. Fuji area with the Gasshuku members. It was so beautiful. My heart melted taking in the beautiful views.
It was only a one-week trip to Japan but I learned so much from the Gasshuku. I was able to make great memories.
I would love to attend this Gasshuku again in the future.

I look forward to sharing the points that I learned in Japan with Shudokan dojo members, especially when I assist the children’s classes.

Chiyo Dolhun
Senpai Chiyo is a mother of two sons, and started training Karate in the family class in 2014. She currently holds the rank of 1st kyu (brown belt) and she is an assistant instructor at Shudokan. She recently attended the IOGKF Japan Gasshuku in Hakone.
Recent Posts
Contact Info
Shudokan on Facebook
Contact Us! 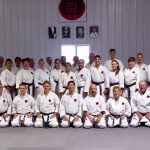 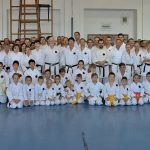