On Saturday May 5th, 2018, members of Shudokan Family Karate Centre joined others from our Burlington community to celebrate the 29th anniversary of the twinning of our city with Itabashi, Japan at the annual Burlington Sakura Festival. There were demonstrations by the taiko drumming group Dokon Daiko (http://www.dokondaiko.com/), traditional Japanese dancing, music and singing from Okinawa, modern Japanese dancing inspired by Tokyo street performances, and of course our own members performing a traditional Okinawan Goju-Ryu Karate-do demonstration. The turnout this year was the biggest ever – the Lakeshore Rotary Room of the Art Gallery of Burlington was standing-room only! After the demonstrations were completed, many audience members walked across Lakeshore Blvd. to Spencer Smith Park for ‘hanami’ – the Japanese traditional custom of enjoying the transient beauty of sakura (cherry blossom) flowers.

Below are some photos from the event. For the full gallery, you can visit the Google album here

. We hope you will join us again next year!

Mike Gillan
Mike joined Shudokan Family Karate Centre in 2012. He was inspired to join after being a "karate dad" and watching his oldest son grow in discipline and respect. Mike takes photos for Shudokan events and administers this website.
Recent Posts
Contact Info
Shudokan on Facebook
Contact Us! 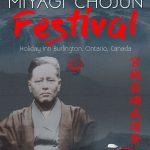 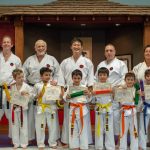