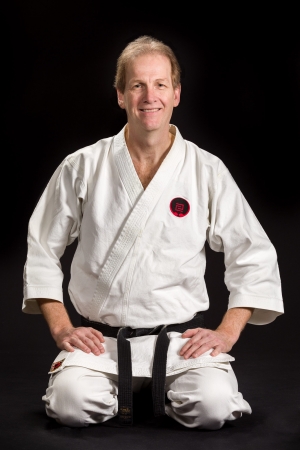 Sensei Russ began his martial arts training in March of 1994 in Goju-Kai (Japanese Goju Ryu) with the hopes of improving his health while learning a martial art. Shortly thereafter he joined Shudokan Family Karate where he has been ever since.  He received his black belt on March 4, 2000 as part of the first group of students to be graded to Shodan by Nakamura Sensei.

Sensei Russ’ training goals are to improve and refine his techniques and become more flexible.

Etiquette and tradition are very important to me as this is what I feel are a few of the basics for humility.  As one progresses within the dan ranks of karate, these two qualities are of utmost importance to hopefully become a well rounded martial artist.